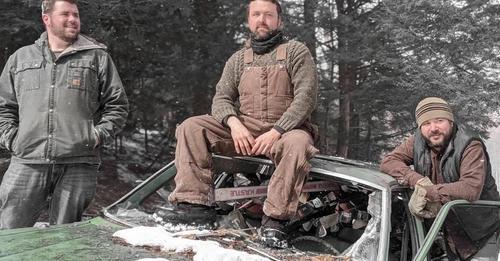 Patrick Ross and The Fiddler's Crew

He is a Vermont born, fifth generation fiddle player, raised in nearby Canaan, Vt. He returns to the North Country with his new band, The Fiddler’s Crew.

Ross won the Vermont-State Fiddle Championship at age 14; he has performed at the Grand Ole Opry and shared stages with Willie Nelson, Johnny Cash and Paul McCartney. In 2012, he was invited to perform at both the Calvin Coolidge Theater in The Library of Congress and The Kennedy Center for Performing Arts. He has had the pleasure of working with Christopher Lloyd in a recent production of “Call Of The Wild 3D” and assisted in the scoring of the film. He now lives in Newbury, Vermont, with his wife and daughter. He works and teaches in collaboration with the Vermont Folklife Center and has recently started an independent record label called Rock Farmer Records with the mission of producing, recording and preserving Roots music. His solo concerts include a world wide range of fiddle styles as well as songs he has penned with guitar, banjo, mandolin and cello. He is performing with a newly formed group, The Fiddler’s Crew. Ross said he was writing songs about life in Vermont during the pandemic hiatus, many of which are performed with his new band.

The Fiddler’s Crew includes Ross on multiple instruments, Mike Conerty on bass and trumpet and Chad Brunet on drums. All three musicians live in Vermont’s upper valley region.  The show is sponsored by Russ Fitch. Rockets to this show are $20 per person.